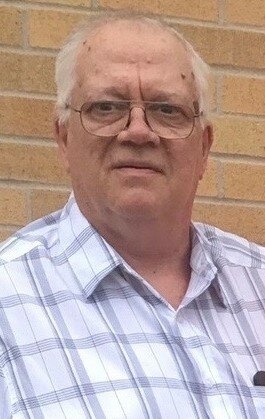 Our world stopped unexpectedly when Ray went to be with the Lord on April 20, 2022.

Ray, devoted husband, wonderful father and grandfather, passed away at his home surrounded by his loving family. He was born On October 1, 1953 to the late Raymond L. Groves and Janet (Schooley) Groves. Originally from Buffalo, Ray and his family moved to Lyndonville when he was 17 and has called it his home ever since. Ray married his high school sweetheart and love of his life, Cynthia “Cindy” Groves on August 4, 1973 and they spent almost 49 wonderful years together. Raymond worked extremely hard at FMC in Middleport for 43 years, until he retired in 2016. Ray was a very hardworking and dedicated family man who enjoyed spending all of his time with his wife, children and grandchildren.

He is predeceased by his parents, Raymond and Janet Groves; and his father in-law, Dewey Dill.

Calling hours will be held on Saturday, April 30th from 2:00-4:00pm at the Oak Orchard Assembly of God, 12111 Ridge Rd., Medina, where his funeral will immediately follow at 4:00pm. Future entombment will be in Lynhaven Cemetery. In lieu of flowers, memorials may be made to the Oak Orchard Assembly of God at the address above. Arrangements are in the care of Cooper Funeral Home, 215 W. Center St., Medina.

To order memorial trees or send flowers to the family in memory of Raymond E. Groves, please visit our flower store.