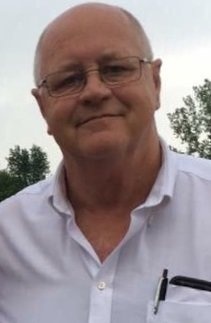 Mr. Morgan was born in Medina, March 8, 1949, a son of the late Bertha L. (Wall) Herriven and Raymond C. Morgan.  A graduate of Medina High School, class of 1967, he worked for Mario’s Meat Market and the Arco Gas Station.  On his and Patty’s birthday in 1969, he married the former Patty Wengrzycki.  Pete began his career with the Village of Medina Fire Department in 1969.   In 1971, he joined the Medina Police Department.as a Patrolman.  Rising through the ranks, he served as a Sergeant and retired as the Assistant Police Chief in 1990. During his law enforcement career, he graduated from the FBI Academy.  He moved to Florida in 1990.  From 1991-2016, he was employed by the Lee Memorial Health System in Fort Myers.  In April, 2017, he returned to Medina. Pete also drove part time for F & H Metal Finishing.

Survivors include the mother of his children and very good friend, Patty Morgan;  2 children, RJ Morgan of Medina and Julie A. Hibbard of Lyndonville, grandchildren,  Kyle and Justin Morgan, Steven, Scott and Allison Hibbard; his sister, Liz (Mike) Depew of Newfane; 2 brothers, Stephen (Ellen) Morgan of Haines City, FL and Bernie (Jennifer) Morgan of Albion; several nieces and nephews.  He was predeceased by his father, Raymond C., in 1972; his mother, Bertha, on April 1, 2014, his son-in-law, Steve Hibbard on October 19, 2017, father-in-law, John Wengrzycki in 1991; mother-in-law, Ann Wengrzycki in 2002 and his brother-in-law, Scotty Wengrzycki in 1987.

Friends may call on Friday Feb. 2, 2018 (5-8) at Cooper Funeral Home, 215 W. Center St. Medina.  A Celebration of Pete’s Life will be held on Saturday at 11AM at East Shelby Community Bible Church with Pastor Erik Olsen officiating.  Burial will be in Boxwood Cemetery.

In lieu of flowers, memorials may be made to Hospice of Orleans or the Knights/Kaderli Memorial Fund.

To order memorial trees or send flowers to the family in memory of Raymond P. Morgan, please visit our flower store.