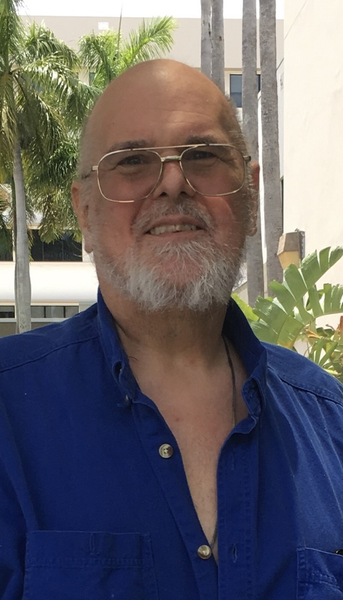 He was born on September 28, 1951 in Medina, to the late Raymond M. and Patricia Punch.

Jack graduated from St. Mary’s School and Medina High School. He earned a BA from Roberts Wesleyan College, an MBA from SUNY at Buffalo and a PHD from Phoenix University in educational technology.

Jack served in the Army Reserve and was recognized as an outstanding drill sergeant.  He was a licensed pilot, a licensed charter boat captain and a SCUBA instructor. He served on the Orleans County Sheriff’s Department’s underwater and swift water rescue teams for many years.  He was happiest in and on the water.  Jack and his wife, Jane, spent many happy days sailing their boat, Papillon, throughout the Florida Keys.

Jack loved literature and authored five historical and mystery novels. He served as a Village of Medina Trustee and, in 1987, was the Town of Ridgeway Supervisor, the only Democrat ever to be elected to that position.  He gave to his community as a member of the Jaycees, the Medina Conservation Club and in many other ways.

He worked for many years at Cook Wholesale, the family business.  For several years, he owned and operated Curvin’s Newsroom in Medina, and was the sole proprietor of Punch’s Nut Company.

In his later years, he and Jane moved to Tamarac, Florida, where he taught in several area colleges.  The people of Tamarac soon learned what the people of Medina knew- that Jack could be counted on to help anyone in need, no matter how great the sacrifice.  Throughout Jack’s life, he was devoted to his family, community and friends.  He accepted any challenge with diligence, good humor and, most of all, courage.

Calling hours will be held on Sunday, Jan. 12th, from 1-3 p.m. at Cooper Funeral Home, 215 W. Center St., Medina, where a memorial service will take place immediately following at 3 p.m.

Donations may be made in Jack’s name to the Knights-Kaderli Memorial Fund, for cancer victims, P.O. Box 684, Medina, NY 14103.

To order memorial trees or send flowers to the family in memory of Raymond J. Punch, please visit our flower store.