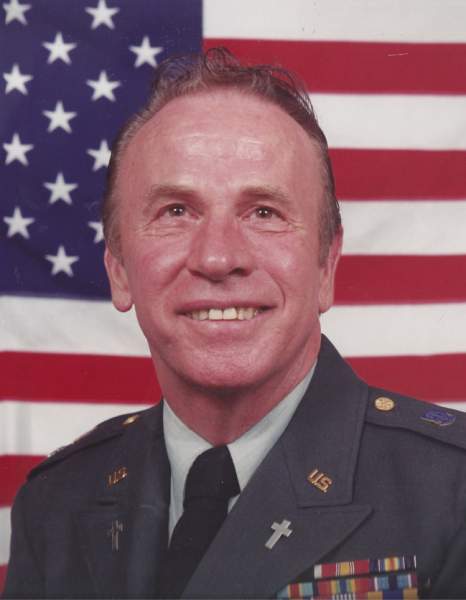 Rev. Dr. Henry F. Christian, 85, of Medina, NY and formerly of Rochester, NY, went to be with the Lord May 5, 2017, at the Buffalo VA Medical Center in Buffalo, NY. He was born Mar. 30, 1932, in Malone, NY, to Henry B. and Nellie M. (Richards) Christian. He was predeceased by his parents, his three siblings—Viola, James, and Lloyd—and  one grandson, Nathan T. LaJoy. He is survived by his loving wife, Victoria L. (Bretz) Christian of Medina; two sons, Chris of Chili and Greg of St. Lawrence Co.; two daughters, Michelle of Ogdensburg and Robyn of Syracuse; grandchildren Jenna Clark, Jake Christian, Katrina and Danielle LaJoy, Jeff, Jimmy, and Jacob Robinson, and Orry Christian; great-grandchildren Kaiden and Logan Mussen, Brody Kroger, and Jackson and Arabella Murray. Henry was a Korean war veteran and served in the National Guard as a chaplain with the rank of major. He received a doctorate degree from Bethany Theological Seminary in Dothan, AL, in 1987. Most recently, Henry was a traveling evangelist, focusing on ministering to military personnel, with his devoted wife ever at his side. Private burial will be in Bath National Cemetery. A memorial service will be held Saturday, May 13, at 10AM at Old Paths Bible Baptist Church, 4782 Hall Road, Holley, NY.  In lieu of flowers, donations may be made to the missions fund of Old Paths Bible Baptist Church. Special thanks to the staff of Orchard Manor Nursing Home in Medina, NY.

To order memorial trees or send flowers to the family in memory of Rev. Dr. Henry F. Christian, please visit our flower store.