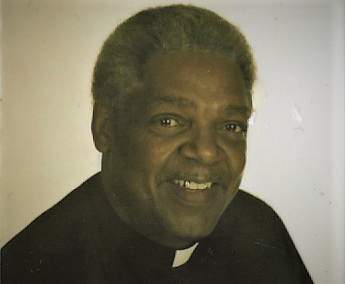 Johnny Lee Crenshaw, “Wee” was born February 1, 1948 in Ft. Pierce, Florida to the late Levy Crenshaw and Mildred Oliver. Johnny spent most of his adult years in Medina, New York and later moved to Memphis, Tennessee where he spent the last four years of his life. Johnny joined the United States Army when he was 18 years old. He completed two tours in Vietnam with a rank of Staff Sergeant. Johnny also served for the United States Air Force as a reservist. He was honorably discharged from both the United States Army and United States Air Force. He did not stop there. He worked for various companies such as: General Motors (Lockport, NY), Abex (Medina, NY), Holley Cold Storage (Holley, NY), and NYSEG. In the late 70’s Johnny became a Mason in Buffalo, NY. He then became an Ordained Minister at Bethel Missionary Baptist Church (Medina, NY) in 1994. He was a Chaplain at Medina Memorial Hospital as well as the Orleans County Jail. He was a member of Royal C.O.G.I.C. as well as Zion Dominion C.O.G.I.C. where he was head of Jail and Prison Ministry and served as Elder. Johnny was a dedicated church member and enjoyed Sunday School. Johnny was not only a hard worker but he was a strong believer in education. He attended Canisius College and later earned his Doctorate in Christian Counseling Psychology from Carolina University of Theology. Johnny received numerous awards, medals, certificates, and recognition throughout his life. He inspired all generations and was a pillar in the Medina, NY community. He encouraged all youth to seek an education or to serve their country in uniform. On Monday, November 14, 2016 at the VA Medical Center in Memphis, Tennessee, Johnny Lee Crenshaw answered the call of the Master. He is preceded in death by his parents and brothers, Clifford Crenshaw, Hazel (Venitra) Crenshaw, Elbert (Arsola) Crenshaw, and Calvin (Lessie) Lawrence. Johnny is survived by former wife of 31 years, Vivian L. Crenshaw; sons, Milton (Tennille) Crenshaw of Medina, NY, Garin (Lakeisha) Jackson of Ft. Pierce, FL, Frederick (Lytreshia) Poole of Medina, NY; daughters, Trina Crenshaw of Rochester, NY, Jacquelyn (Darren) Jones of Richmond, VA, Shazelle Crenshaw of Jacksonville, FL; brother, Eddie Oliver of Ft. Pierce, FL; sisters, Jeanette Crenshaw, Rosa (Eddie) Mitchner, Cora Oliver all of Ft. Pierce, FL, Ollie Mae McNeil of Orlando, FL, Mary Ellis of Port St. Lucie, FL, Francino Crenshaw-Hasama of Miami, FL, Margaret Jackson of Hartford, CT, Margary Santile of Hagersville, MD, Beatrice Oliver and Jacquelyn Bodden both of Biloxi, MS; and a host of grandchildren, nieces, nephews, other relatives and friends who will miss him dearly. Friends may call on Friday, November 25, 2016 (4-7)at the Cooper Funeral Home, 215 West Center Street, Medina. His Going Home Service will be on Saturday, November 26, 2016 at 11am at the Glad Tidings Baptist Church. Military honors will be accorded at graveside at Boxwood Cemetery by members of Lincoln Post #1483, VFW and Butts-Clark Post #204, American Legion.
To order memorial trees or send flowers to the family in memory of Reverend Johnny Lee Crenshaw, please visit our flower store.