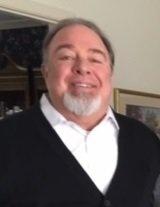 Richard D. Monacelli, 69 of Tempe, AZ, formerly of Albion entered into rest on Friday, March 29, 2019 after a long illness.

Born September 28, 1949 in Albion, NY Richard was a son of the late Filbert H. and Nancy (Carbone) Monacelli. Mr. Monacelli served in the US Navy from 1969-1972 on the Navy Destroyer U.S.S. Tattnall. His tour included travel to the North Atlantic, the Mediterranean Sea and Southeast Asia including the Republic of South Vietnam.

He attended Mesa Community College and the Arizona State University after his military tour. Mr. Monacelli worked with various building contractors in the Phoenix area. He retired as vice president and chief estimator for Michael A. Riddle Painting & Contracting in Tempe. His projects included the Arizona Biltmore Hotel, the Phoenician Hotel & Resort, the Arizona Mills Mall, the City of Mesa Fine Arts Center and many college and school districts in the southwest. Mr. Monacelli was a long time member of Our Lady of Mount Carmel Parish in Tempe and had a special devotion to the Rosary. He was an avid sports fan especially the New York Yankees and Buffalo Bills. He also enjoyed rooting for Phoenix area professional and college teams.

Survivors include two children, Nicole (David) Ross and David Monacelli; two grandchildren; three siblings, Elenna (Arnold) D’Amico of Leesburg, VA, Elizabeth (late Larry) Passarell of Medina, NY and Philbert Monacelli also of Medina, NY; his niece and nephews and great-nieces and nephews to whom he was devoted; three aunts, Lorraine Blandino of Bath, NY, Geraldine Kientz of Brockport, NY and Cetta Carbone of Philadelphia, PA. He was also survived by several cousins and friends in the Holley, Albion and Phoenix areas.

Calling hour will be held from 10-11 a.m. on Friday, April 12th at Holy Trinity Parish, St. Mary’s Church in Medina, where Rev. Daniel J. Fawls will celebrate his Mass of Christian Burial at 11 a.m. Military honors will be accorded by members of the Lincoln Post #1483, V.F.W. and Butts-Clark Post #204, American Legion. Burial will be in Holy Cross Cemetery in Holley.

To order memorial trees or send flowers to the family in memory of Richard D. Monacelli, please visit our flower store.