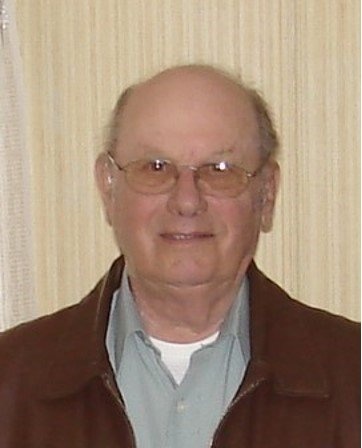 Born in Medina on July 15, 1933, he was the son of Harland and Loraine (Dibley) Swan. He attended DeSales High School in Lockport. Richard was a Veteran of the Korean War. He served as an Airplane Mechanic in the United State Air Force from 1952-56 and was awarded several medals.

Richard partnered with his father in his Dad’s heating and plumbing business in Medina. He was also employed at Simons Steel, Iroquois Job Corps and as a Corrections Officer at Orleans Correctional Facility in Albion.  After retiring from New York State corrections, he kept busy working as a real estate salesperson and by collecting antiques and memorabilia.  He also served on the Town of Ridgeway Planning Board.

Richard loved to go fishing and he never missed a Buffalo Bills football game. He also enjoyed watching the Buffalo Sabres whenever they won. He was an avid book reader and enjoyed looking for collectibles and antiques. He was always ready for a game of euchre or cribbage and he loved a good joke.

A graveside committal service with full military honors will take place in the near future at the soon to be built Western New York National Cemetery in Pembroke. The projected date of cemetery completion is late in 2020. The family of Richard will have a Catholic Mass said on a date that will be announced soon.  In lieu of flowers, please consider making a donation to Roswell Park Cancer Institute or to a charity of your choice in Richard’s name. Arrangements are in the care of Cooper Funeral Home, Medina.

To order memorial trees or send flowers to the family in memory of Richard H. Swan, please visit our flower store.