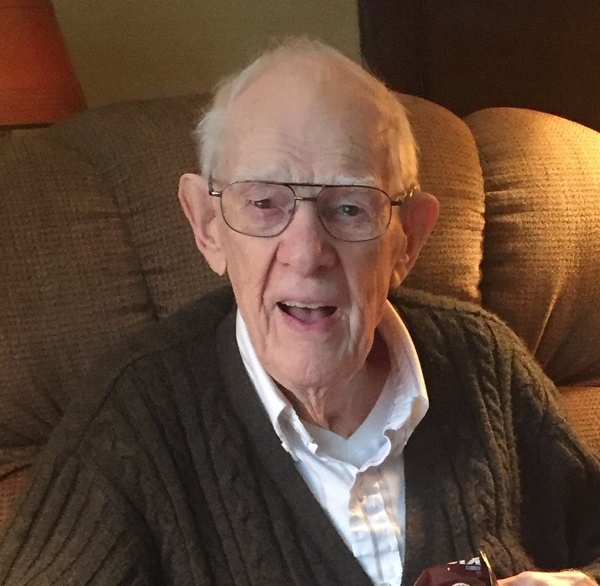 Mr. Beach was born on January 15, 1923, a son of the late Isaac John and Flora Caroline (Hoffmeister) Beach.  A graduate of Medina High School, Class of 1940, he was a student at Duke University when he entered the US Army Air Corps.  He served during World War II and on May 11, 1946, he married the former Ruth M. Fagan in Lockport.

Mr. Beach was employed by Georgia Pacific, in the metal casting division, as the District Sales Manager.  He travelled extensively covering the territory from Nova Scotia, all of the North East United States, Kentucky, Ohio, Ontario and Quebec.   He retired in 1990. Active in the community, he was a member of St. John’s Episcopal Church, Butts-Clark Post #204, American Legion, and a longtime member of the Medina Lions Club.  He assisted his father, a local building contractor, in the building of Medina homes and apartments.  Mr. Beach had an encyclopedic knowledge of Medina history and a keen recollection of Medina events.  He enjoyed his Manhattan at five o’clock and having coffee with the gang at Rudy’s at 3 o’clock in recent years.  He served as the chaplain for Butts-Clark Post #204, American Legion in offering military honors for local veterans funerals.  He was proud of his family home and of the fact that he lived there for seventy five of his ninety four years.

To order memorial trees or send flowers to the family in memory of Robert C. Beach, please visit our flower store.