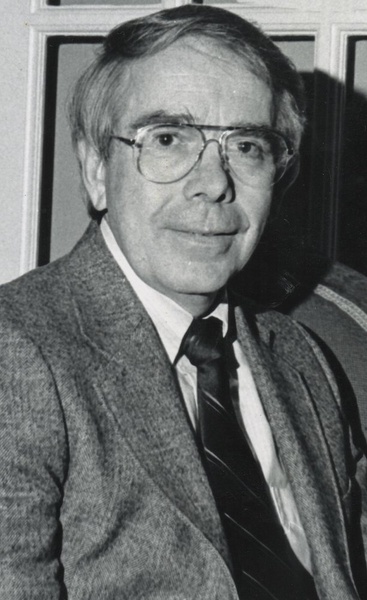 Mr. Robert P. Gelder of Barker, and formerly of Medina, passed away on January 29, 2018, at the Northgate Health Care Facility.

Mr. Gelder was born September 23, 1937, in Penn Yan, NY, a son of the late Robert Curtis Gelder and Alice (Platman) Anderson; a graduate of Rochester Institute of Technology, class of 1959.  He earned a B.S. in business and accounting.  On October 3, 1959, he married Judith A. DeRocher.  In 1959, he began a career at The Barden & Robeson Corporation in Middleport, and served the company for 54 years, retiring in 2013 as President.  He was an esteemed mentor to many at Barden Homes.

Active in the Medina community, he served as the President of the Medina Memorial Hospital Board of Directors.  During his tenure as President, the Board spearheaded the construction of a two-story wing in 1981, at a cost of $350,000.  The new wing, which extended to the west off the main floor, added 3,000 square feet of space on each level, the ground level housing an all-new intensive care dept.

Mr. Gelder was a member and Past President of the Medina Savings & Loan Association Board of Directors, which he joined in 1992.   He was a member of the Board that expanded operations in 1994, with the construction of the bank’s first branch on Maple Ridge Road.  He also co-owned The Heritage Men’s Shop, along with the late James Moriarty.

Mr. Gelder enjoyed golf and was a member and Past President of Shelridge Country Club.  He was the President of the Medina Little League, and was instrumental in organizing the annual Journal-Register Tennis Tournament.  He took pleasure in many extracurricular activities, such as tennis, traveling, playing cards, and backgammon.  He enjoyed spending time with his family and friends in his Fort Myers, FL home.  Mr. Gelder was an avid Buffalo Bills fan and season ticket holder, traveling to a number of Super Bowl games.

Friends are invited to attend his Celebration of Life on Monday, February 5, 2018 at 2PM at the Cooper Funeral Home, 215 W. Center St., Medina.

To order memorial trees or send flowers to the family in memory of Robert P. Gelder, please visit our flower store.