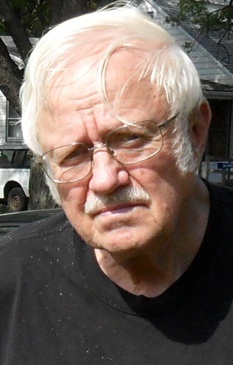 Robert spent his childhood in Lyndonville and graduated from Lyndonville High School, class of 1949. Honorably discharged from an Army enlistment in 1951, Robert enjoyed working at the Iroquois National Wildlife Refuge, and continued working for Harrison's Radiator until his retirement in 1993.

Robert was a hunter and loved to canoe and fish. Also an avid motorcyclist spending many hours of his life on his Harley. He was a book reader who enjoyed military history and Louis L’Amour western novels. Robert was known to have a warm smile, pleasant laugh and a keen sense of humor. There was no greater joy than sharing conversation, an amusing story and a cold beer with him. His family and many friends will remember him as a devoted husband, loving father, grandfather, great-grandfather and dear friend.

Robert was preceded in death by his loving wife of 46 years, Olive (Foreman) Wolfe on July 12, 2004, and grandson Paul Robert Wolfe on February 28, 2021. Together in the years he enjoyed with Olive, they grew branches on a family tree that provided Robert with shade, love and comfort the rest of his life.

A graveside service will be held on Thursday, September 16th at 12:00pm at West Ridgeway Cemetery, Ridgeway, Medina. Donations or consideration could be made in his honor to any Alzheimer's related cause - memories are meant to last forever.

Arrangements are in the care of Cooper Funeral Home, Medina.

To order memorial trees or send flowers to the family in memory of Robert L. Wolfe, please visit our flower store.