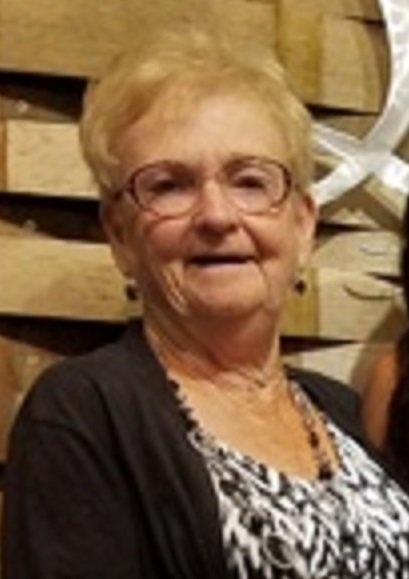 Born August 8, 1942 in Medina, Sally was the daughter of the late Bernard J. and Harriett (Jones) Dujenski. She was a graduate of Royalton Hartland High School class of 1960 and went on to earn a business degree from the Rochester Business Institute. She married the love of her life, Gene Monacell on January 27, 1962. Sally worked at FMC in Middleport as a secretary in research and went on to have a 34 year career as a bookkeeper at Barden Homes in Middleport. She was a member of Holy Trinity Catholic Parish.  She enjoyed gardening and lawn work, trips to the casino and also her trips with “the golden girls”. Sally never missed one of her grandchildren’s events and will be remembered as a loving and devoted wife, mother, grandmother and great-grandmother.

Calling hours will be held on Tuesday, July 9 from 4-7 p.m. at Cooper Funeral Home, 215 W. Center St., Medina. Her Mass of Christian Burial will be celebrated on Wednesday July 10th at 10 a.m. at Holy Trinity Parish, 211 Eagle St., Medina. Interment will be in Hartland Central Cemetery, Gasport.

To order memorial trees or send flowers to the family in memory of Sally J. Monacell, please visit our flower store.