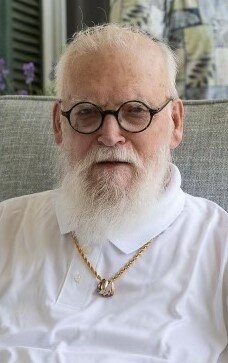 Born on Christmas Day, 1936 in Corning, NY, Stephen was a son of the late James and Lila (Miller) Morse and was raised in Painted Post, NY. On December 28, 1957 he married the former Patricia A. Wheaton. That same year the couple moved to Buffalo. There, he worked as a radiologic technologist at Buffalo Children’s Hospital for 19 years. He also served for 10 years in the Army National Guard, Connecticut Street Armory. In 1977 they moved to Medina. Stephen retired from radiology at Medina Memorial Hospital in 1998 after 42 years in the profession.

Stephen is fondly remembered as Santa Claus to several generations of children and adults, including the Village of Medina Santa for 24 years. Stephen was a former member of the Medina United Methodist Church and Middleport Methodist Church and currently attended the East Shelby Community Bible Church. Active in his community, he also belonged to the Medina Lions Club, Middleport Community Choir, Towpath Masonic Lodge #1193, Canalside Chapter Order of the Eastern Star #381 and ministered through the Kairos Prison Ministry at Wende Prison.

Family and friends are invited to calling hours on Thursday, Aug. 25th from 4-7:00PM at Cooper Funeral Home, 215 W. Center St., Medina, at the end of which Masonic and Eastern Star services will be observed. A celebration of Stephen’s Christian life will be held on Saturday, August 27th at 11:00AM at the East Shelby Community Bible Church, 5278 E. Shelby Rd., Medina. Interment will be in Boxwood Cemetery, Medina.

In lieu of flowers, memorial donations may be made to St. Jude Children’s Research Hospital, www.stjude.org/donate or 501 St. Jude Place, Memphis, TN 38105.

To order memorial trees or send flowers to the family in memory of Stephen F. Morse, please visit our flower store.