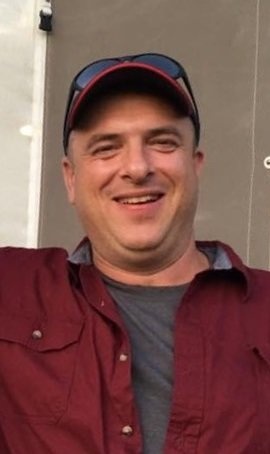 Steve was born in Medina, November 10, 1968, a son of Lynn (Raisner) Hibbard-Marciszewski and the late Gary Robert Hibbard.  A graduate of Lyndonville High School, class of 1987, he was a Lyndonville Tigers wrestler, soccer player and baseball player.  On August 20, 1994, he married the former Julie A. Morgan.  Steve loved the outdoors, hunting and was an avid Yankees fan.  He was a talented craftsman. Steve was an employee of Eastman Kodak Company for 24 years.

Friends are invited to attend his Life Celebration on Monday at 6 PM at East Shelby Community Bible Church.  Pastor Erik Olsen will officiate.

In lieu of flowers, memorials may be made to a charity on one’s choice.

To order memorial trees or send flowers to the family in memory of Steve Hibbard, please visit our flower store.