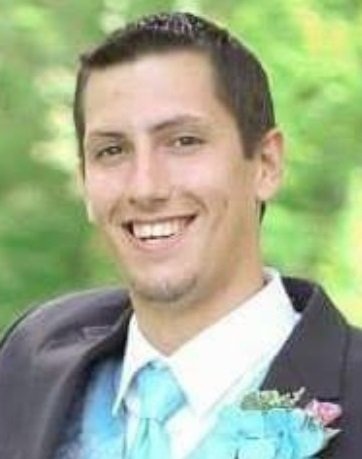 Thomas R. Hosmer, 25, of Shelby passed away suddenly on Saturday, June 18, 2016 at his home. Born June 4, 1991 in Medina, Tom was the son of Lori A. (McAdoo) and the late Steven B. Hosmer. He was a graduate of Medina High School in the class of 2009. Tom enjoyed playing lacrosse and especially football in school. He worked construction for various companies. Tom will be dearly missed by his family and many friends. Tom was predeceased by his father, Steven B. Hosmer on April 25, 2016. He is survived by his loving mother, Lori A. Hosmer; his brother, Brian (Samantha) Hosmer and twin sister, Jessica (Nathan Lynch) Hosmer; beloved nephew, Vincent and niece, Kennedy Hosmer; special friend, Feidi Gonzalez; several aunts and uncles, including his special uncle, Dave; also several cousins and friends. Friends are invited to call on Friday, from 1-4PM at the Oak Orchard Assembly of God, 12111 Ridge Rd., Medina, where his memorial service will immediately follow at 4PM. The Rev. Daniel A. Thurber will officiate. Memorial gifts may be made to the family.
To order memorial trees or send flowers to the family in memory of Thomas R. Hosmer, please visit our flower store.