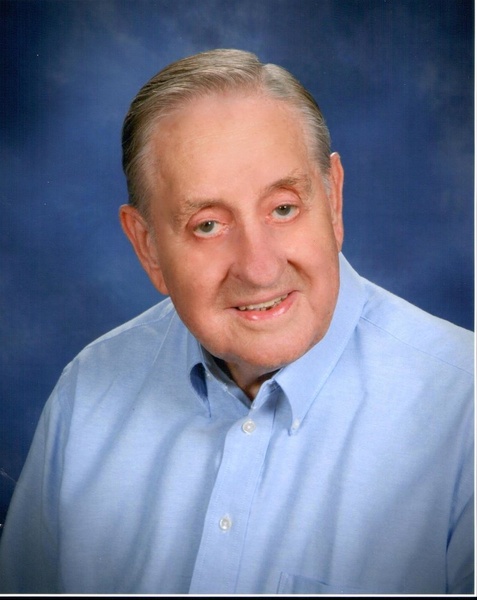 Mr. Thomas B. Maryjanowski, of Medina, longtime Medina barber and athlete, passed away on March 10, 2017 at the Martin-Linsin Residence. Mr. Maryjanowski was born in Medina, September 10, 1927, a son of the late Joseph and Mary (Bialas) Maryjanowski. A graduate of Medina High School, class of 1946, he served with the US Army, 69th Engineering Division and was stationed in Japan helping rebuild Osaka. He married the former Rosemary A. DiCureia on July 28, 1951. Tom excelled in high school sports. He pitched baseball, was the quarterback and played basketball. He played semiprofessional football and baseball with the Medina MACs. He was employed by the Medina A & P as the produce manager for 27 years and for 3 years at the Hilton store. Having long wished to become a barber, he trained in 1979 and took over the shop at 117 West Center Street, where he conducted business with a loyal group of clients for 32 years. Mr. Maryjanowski was a member of Holy Trinity Parish, Sacred Heart Club, Medina Council #651, Knights of Columbus and Butts-Clark Post #204, American Legion. He enjoyed bowling and was an avid Medina Mustangs fan. Survivors include 3 children, Patricia Howe of Medina, Deborah (Jeffrey) Caleb of Basom and Thomas B. Maryjanowski, Jr. of Macedon; 3 grandchildren, Chad (Jenn) Howe, Eric (Nicole) Howe and John (Amanda) Caleb; 3 great grandchildren, Connor, Maia and Kaity; his sister, Florence (Donald) Fortunato; several nieces, nephews, cousins and friends. He was predeceased by his wife, Rosemary, on Oct. 16, 1995; his son-in-law, Wayne Howe; brothers, Chester, George, Joseph, John B. Maryjanowski and sisters, Celia and Helen Maryjanowski and Catherine Buczkowski. Friends may call on Wednesday (4-7) at the Cooper Funeral Home, 215 W. Center St., Medina. The Rev. Daniel J. Fawls will celebrate his Mass of Christian Burial on Thursday at 11AM at Holy Trinity Parish/St. Mary’s Church. Interment will be in St. Mary’s Cemetery where military honors will be accorded by members of Butts-Clark Post #204, American Legion and Lincoln Post #1483, VFW. Memorials may be made to Holy Trinity Parish or Lee-Whedon Memorial Library.
To order memorial trees or send flowers to the family in memory of Thomas B. Maryjanowski, please visit our flower store.