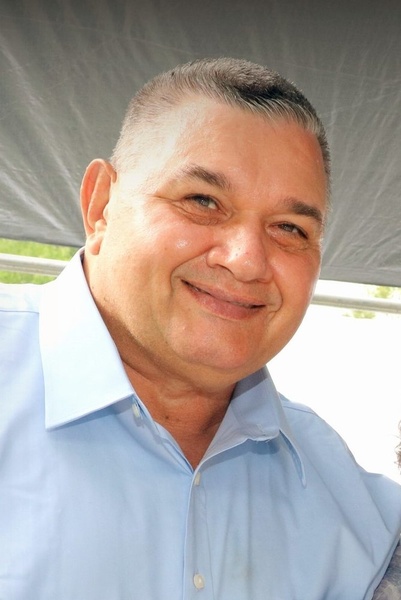 Born on December 8, 1958 in Denison, Texas, Tony was a son of John N. Vanille and Nancy R. (Bush) McHugh. He was a graduate of Medina High School and went on to be the owner/operator of Tony’s Sewing Machine Repair Service for many years. A social person, Tony was a friend to many. He enjoyed playing euchre at the Junior Wilson Sportsman’s Club and was also involved in racing. Tony was an avid Buffalo Bills and Sabres fan. He was also a fan of John Wayne, loved listening to music and was a phenomenal pizza maker. Above all, Tony adored his grandchildren, who affectionately referred to him as “Papa Tony”.

A Celebration of Life gathering will be held on Sunday, May 23rd from 2:00–5:00 p.m. at Stone Hollow Farm, 3807 Stone Road, Middleport, NY 14105. In lieu of flowers, the family would appreciate any donations in Tony’s memory be made to a memorial fund to help with his grandchildren’s college education at https://gofund.me/e64fcab1. Arrangements are in the care of Cooper Funeral Home, 215 W. Center St., Medina.

To order memorial trees or send flowers to the family in memory of Tony M. Vanille, please visit our flower store.