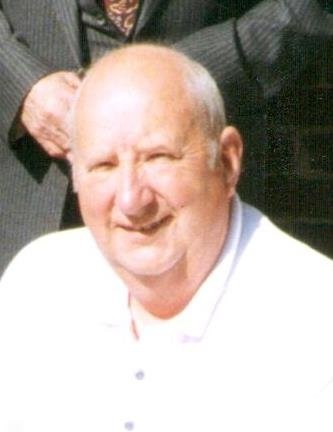 Mr. Victor E. Reichard, of Newfane, passed away on September 25, 2017 at Eastern Niagara Hospital. Mr. Reichard was born in Mayport, PA, May 17, 1927, a son of the late Harry and Elizabeth (Shreffler) Reichard.  A US Army veteran, he served with the Allied occupation of Japan at the end of World War II.  Following his discharge, he settled in Niagara County and on September 14, 1952, he married the former Betty Jane Shufelt. Mr. Reichard started working at Dunlap Tire and then began a career at Harrison Radiator Division of GMC.  He was a braze repairman and retired in 1984 following 33 years of service.  Following retirement, he picked apples and was a school bus aid for Ridge Road Express.  He enjoyed birdwatching and was an avid baseball fan. Survivors include his beloved wife of 65 years, Betty; 3 sons, Harry (Debbie) Reichard, Kent (Jackie) Reichard and Bruce (Jennifer) Reichard; proud grandfather of Corey, Christopher, Jennifer, Heather, Patrick and Amanda; his great grandson Kayden; several nieces and nephews.  He was predeceased by his infant son, Bryan, his son, Clark and 7 siblings. Friends may call on Friday (4-7) at Cooper Funeral Home, 215 W. Center St., Medina, where his funeral service will be held on Saturday at 11AM.  Pastor Erik Olsen will officiate and interment will be in Hartland Central Cemetery.  Military honors will be accorded at graveside by members of Lincoln Post #1483, VFW and Butts-Clark Post #204, American Legion. Memorials may be made to Knights Kaderli Memorial Fund, Wings Flights of Hope, POB 872, Orchard Park, NY  14127 or a charity of one’s choice.

To order memorial trees or send flowers to the family in memory of Victor E. Reichard, please visit our flower store.