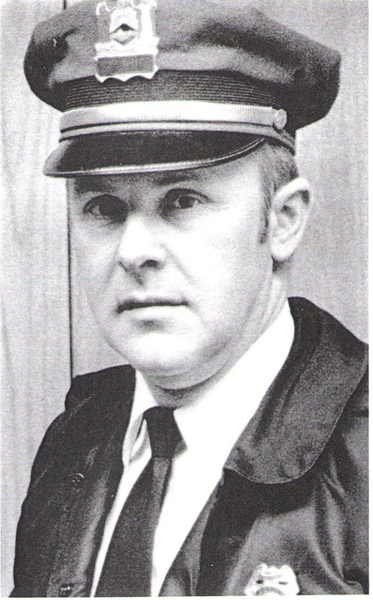 William A. Renouf, 81, of Medina passed from this life to his eternal, heavenly home on Wednesday, February 6, 2019 following a courageous battle with leukemia.

He was born in Medina on April 15, 1937, son of the late Percy W. and Hildreth H. (Walker) Renouf. A lifelong resident, Bill graduated from Medina High School in the class of 1955 and was also an active member of Boy Scout Troop 32, where he achieved the rank of Eagle Scout. He experienced scouting at Philmont Ranch in New Mexico during the summer of 1953.  Following graduation from high school he joined the U.S. Navy, serving his country from 1955-1959. Tours of duty included several months aboard the U.S.S. Iowa and the cargo carrier, the U.S.S. Capricornus. Bill was a police officer with the Medina Police Department for 25 years, retiring in 1989. He attained the position of Assistant Chief and was also a member of the Underwater Recovery Team where he served as the group’s first president.  Following retirement, he was employed for 10 years at the Medina Memorial Hospital maintenance department and later for the Medina Central School District transportation department. He was a member of Butts-Clark Post #204, American Legion and a 20 year active member of the East Shelby Community Bible Church. Bill was an avid fan of the Buffalo Bills and the Buffalo Sabres. He also enjoyed watching college sports as well as documentaries and old TV sitcoms.

Bill is survived by his loving wife of 26 years, Elaine R. (Caldwell) Renouf. Together they enjoyed many trips together, which took them through the southern states, New England and a particularly wonderful and memorable trip cross country to California.

Friends and family are invited to call on Saturday, Feb. 16th from 10-11 a.m. at the East Shelby Community Bible Church, 5278 E. Shelby Rd., Medina, where his memorial service will immediately follow at 11 a.m. Pastor Erik Olsen will officiate. Burial with full military honors will take place in Millville Cemetery at a later date.

In lieu of flowers, donations in Bill’s memory may be made to the A.R.C. of Genesee Orleans: Camp Rainbow- 64 Walnut St., Batavia, NY 14020.

To order memorial trees or send flowers to the family in memory of William A. Renouf, please visit our flower store.